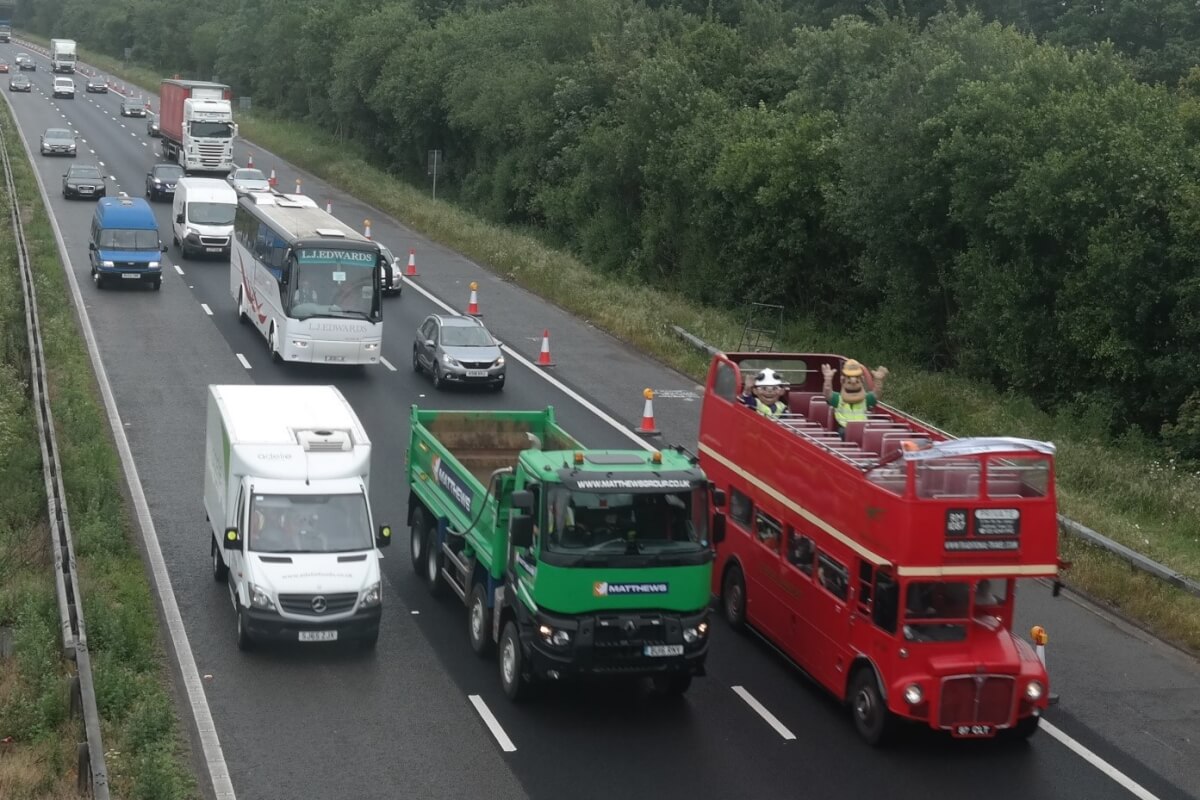 Posted at 10:58h in Uncategorised by matthews_user 0 Comments
0 Likes

Matthews (Sussex) Limited were delighted to participate in the Ivor Goodsite 2018 competition on our site at 375 – 401 Brighton Road, Croydon.  The pupils of years 13 and 14 special educational needs Art class from Manor Green College in Crawley, Matthews support a local charity called the Golden Lion Children’s Trust who are very active in assisting the SEN pupils of all ages from Manor Green Primary School and Manor Green College, they produced us a range of beautiful posters promoting site safety, PPE and being a good neighbour. This is the story of a wonderful week for Matthews;

On Monday we visited the school and showed them some fun safety cartoons and some of our machines hard at work on a number of sites.  With a fun Q&A and some interactive booklets to colour in and a range of PPE which all of the pupils loved trying on.  We gave out fact sheets and photo’s of our plant and lorries to inspire the kids and left them with the videos to watch again and the PPE to try on. 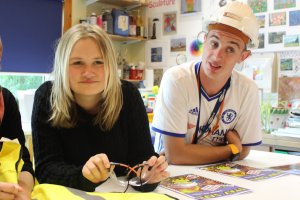 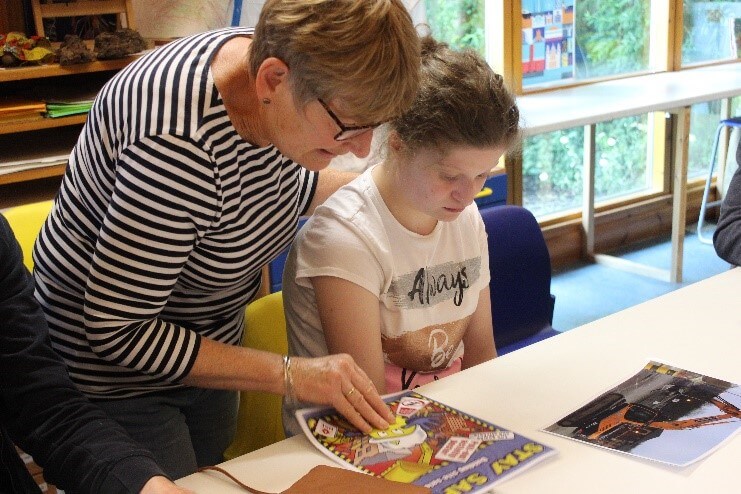 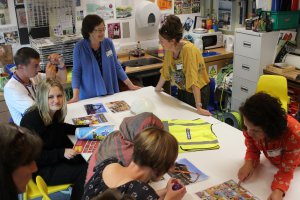 On Thursday the we picked the kids up in a vintage open top London Route Master along with Ivor and Honor Goodsite who bravely undertook the twenty mile journey upstairs with the rain lashing and the wind howling.  We introduced the vintage Route Master to the beast of our fleet, it really was a case of old meets new. 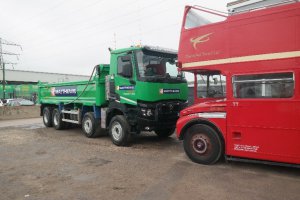 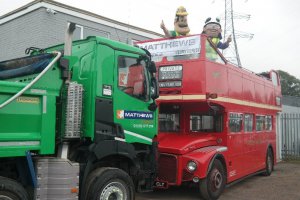 We were joined on our journey by one of our lorries, the pupils faces when they got to see one of our monster lorries joining them on their trip was priceless.  They were waving furiously and laughing, at times uncontrollably.  To see a video of our plant and vehicles in school on television was amazing for them but to see one close up was a great start to their day, although Honor and Ivor’s waterproof’s weren’t as waterproof as they would have liked!! 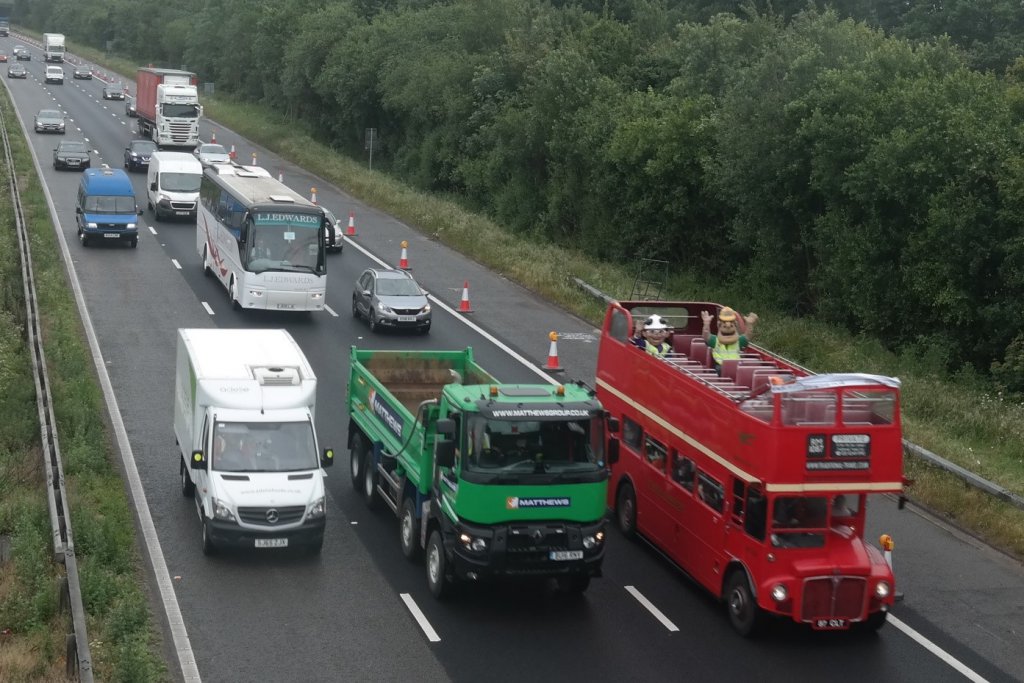 Ivor and Honor Goodsite waving as we’re joined on our trip by one of the Matthews fleet on the M23. They also said it was very windy on the top deck!!

We arrived on site and the sun finally decided to make an effort and join in with the days frivolities.  With people waving along the Brighton Road, the pupils were met on site by one of our 30 tonne excavators. 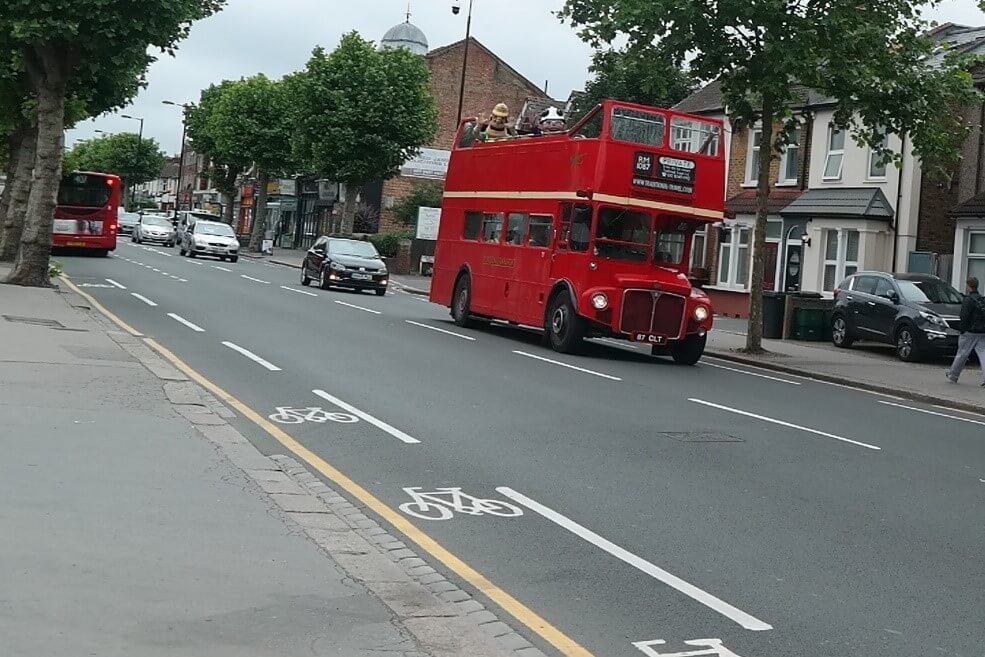 Ivor and Honor and the pupils from Manor Green arrive in South Croydon, just as the sun started to come and join everyone!

By this point they couldn’t get off the bus quick enough, whoops of laughter echoed around the site, with the pupils all togged out in Matthews PPE they really felt part of the Matthews team and we were delighted to call them part of our ‘gang’. 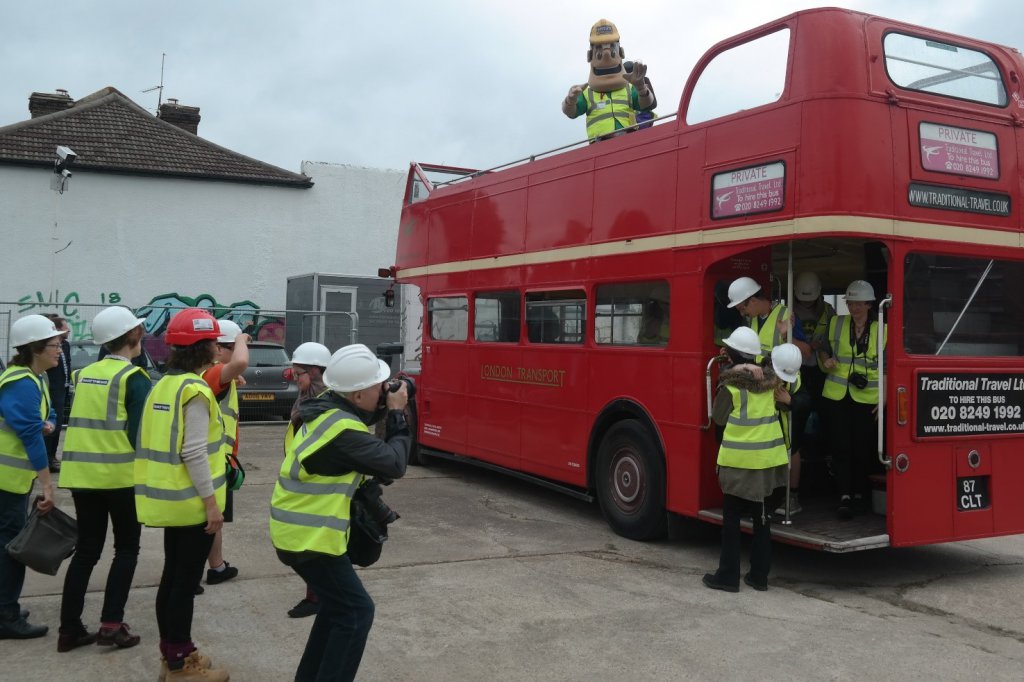 The kids can’t get off quick enough!!!! Ably overseen by Ivor.

Some of the Matthews team had already been up to site in the morning to display the pupils amazing posters.  When the kids realised that they had there very own outdoor art gallery they were whizzing up and down looking at theirs and their friends posters. 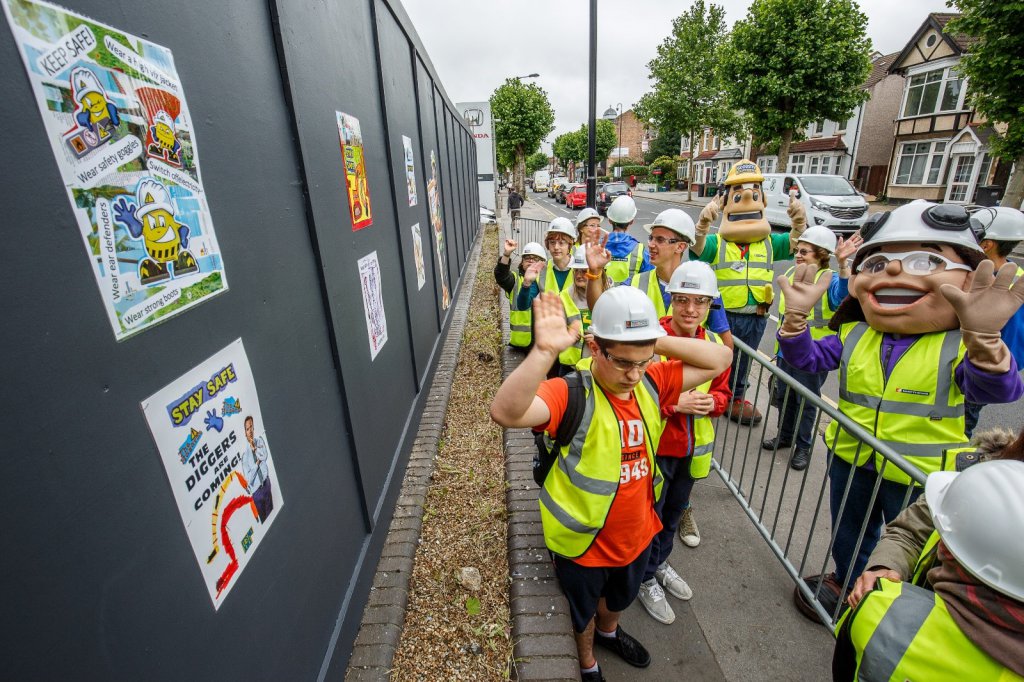 Ivor and Honor look at the posters with the Pupils, lots of waving, thumbs up and high fives all around!! 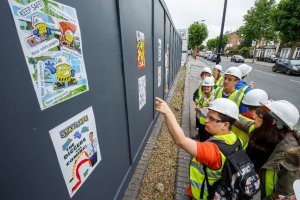 You can’t look at posters without Ivor and Honor, Or can you?

We made this a fun competition with all of the pupils getting prizes and then there was a first and second place prize.  With art being the fulcrum for these amazing young people, it was only right that art kits were the prizes. 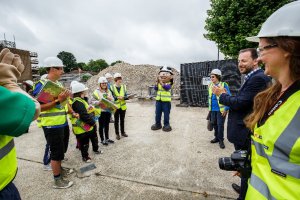 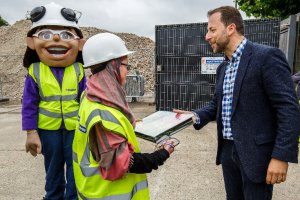 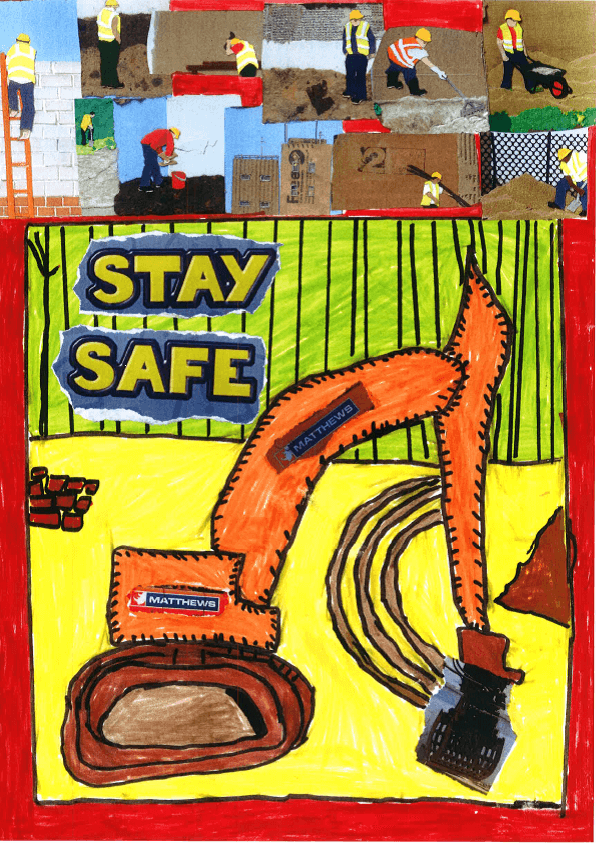 Sadia won with her amazing picture of an excavator although she had promised snow in her drawing as this year was the first time she’d ever seen it.. We look forward to the next one Sadia with the snow 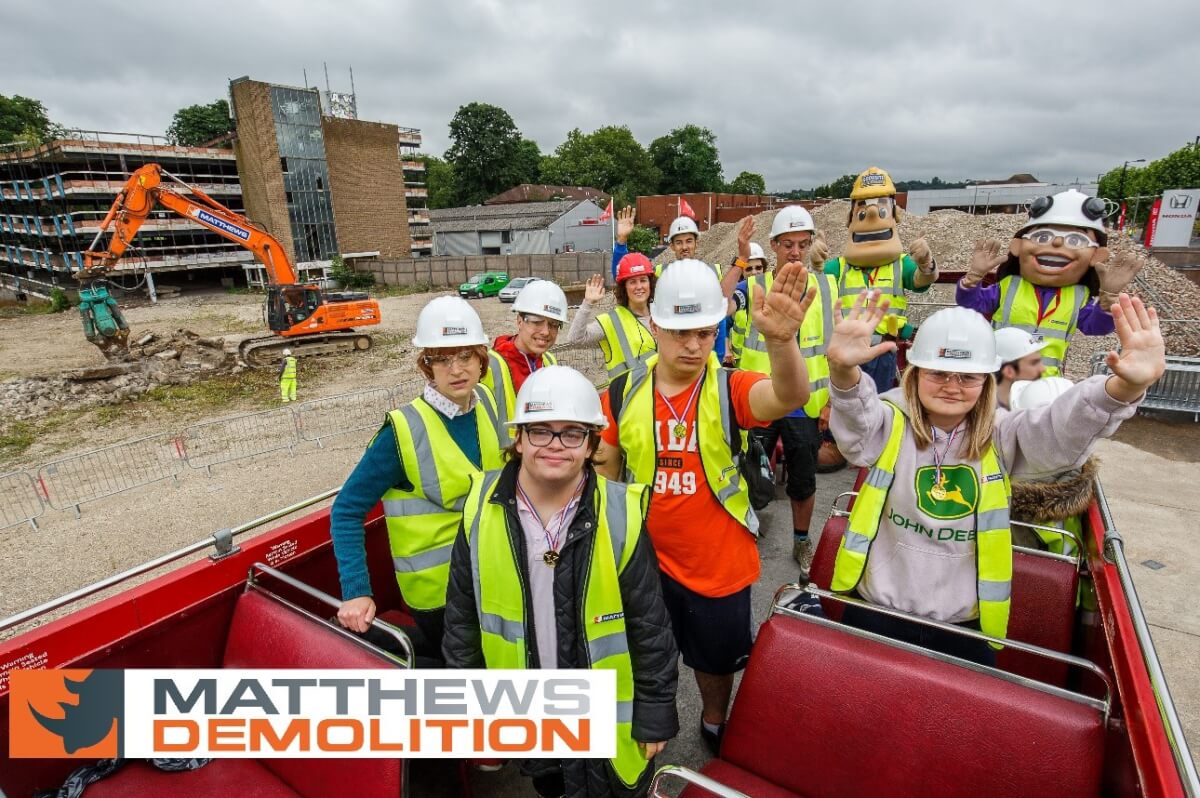 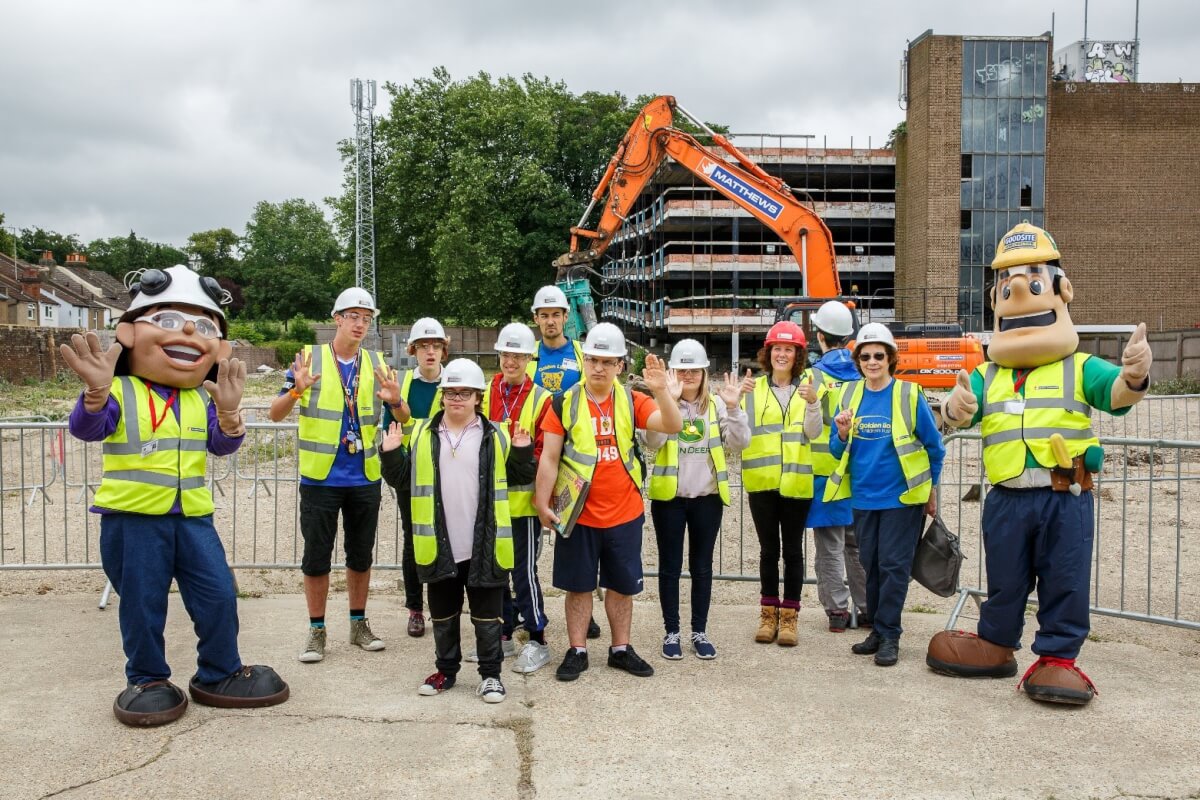 After much merriment and watching the Matthews excavator munch through many tonnes of concrete it was back on the top deck of the bus for an open air picnic and our journey home.  Most of these kids have never seen an open top bus let alone ridden on one and most were adamant that they weren’t going to miss the opportunity no matter how windy and wet it might be on the way back to the school.  With the way in which the education system works many of these young people never experience some of life’s smaller things.  That’s why Matthews are keen supporters of the Golden Lion Children’s Trust who specialise in assisting families and institutions with special educational needs and disabilities in trying to give them a special time and also a break for the teachers, parents and guardians.  With such little help to families, schools and clubs Mark Matthews the owner of Matthews (Sussex) Limited believes passionately in supporting this type of event, what started off as a small plan was pushed on by Mark and also Matthews General Manager Sophie Davis in to giving the kids a day to remember.

We heard from the school and the GLCT the following day who said that the kids kept the PPE on upon returning to the school, there’s even a suspicion that some of them may have slept in it as they were back in school the following morning proudly donning the Matthews uniform.

We were all incredibly proud to welcome ten new team members to the Matthews family, and we’re all looking forward to visiting them again soon. 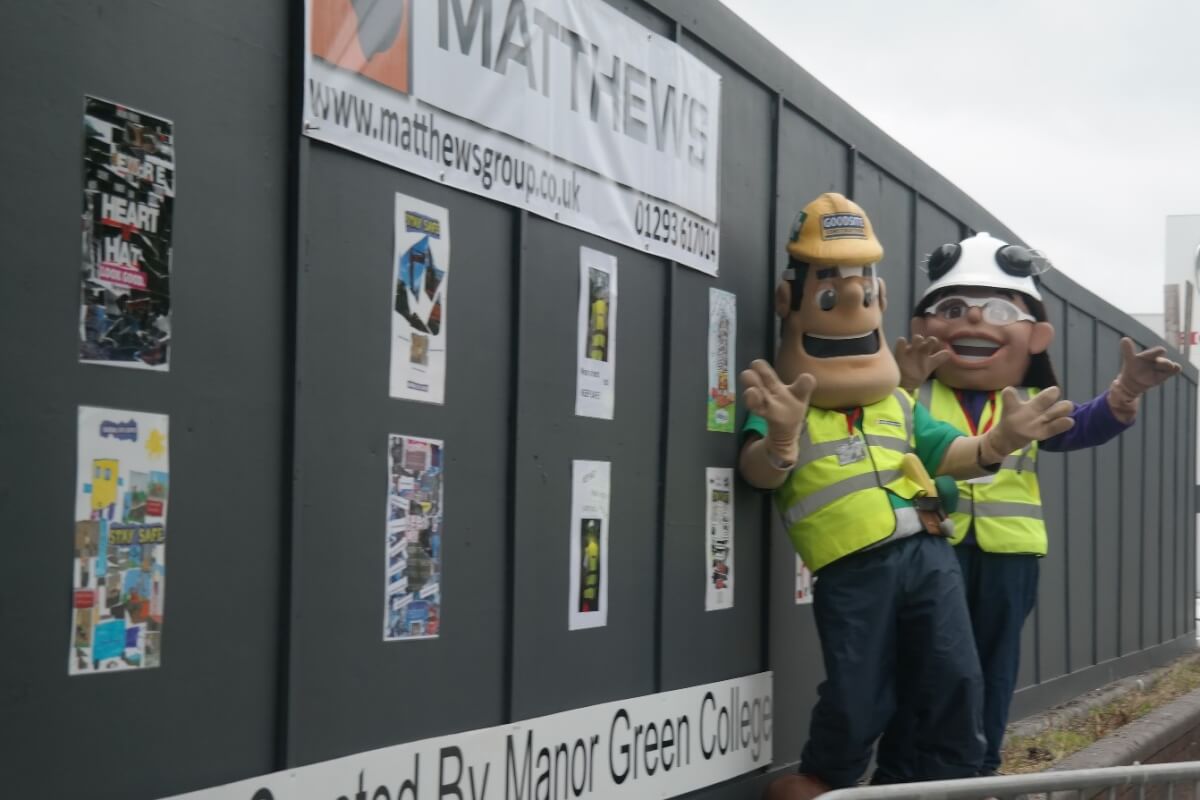 Ivor and Honor love the posters the pupils produced for them… 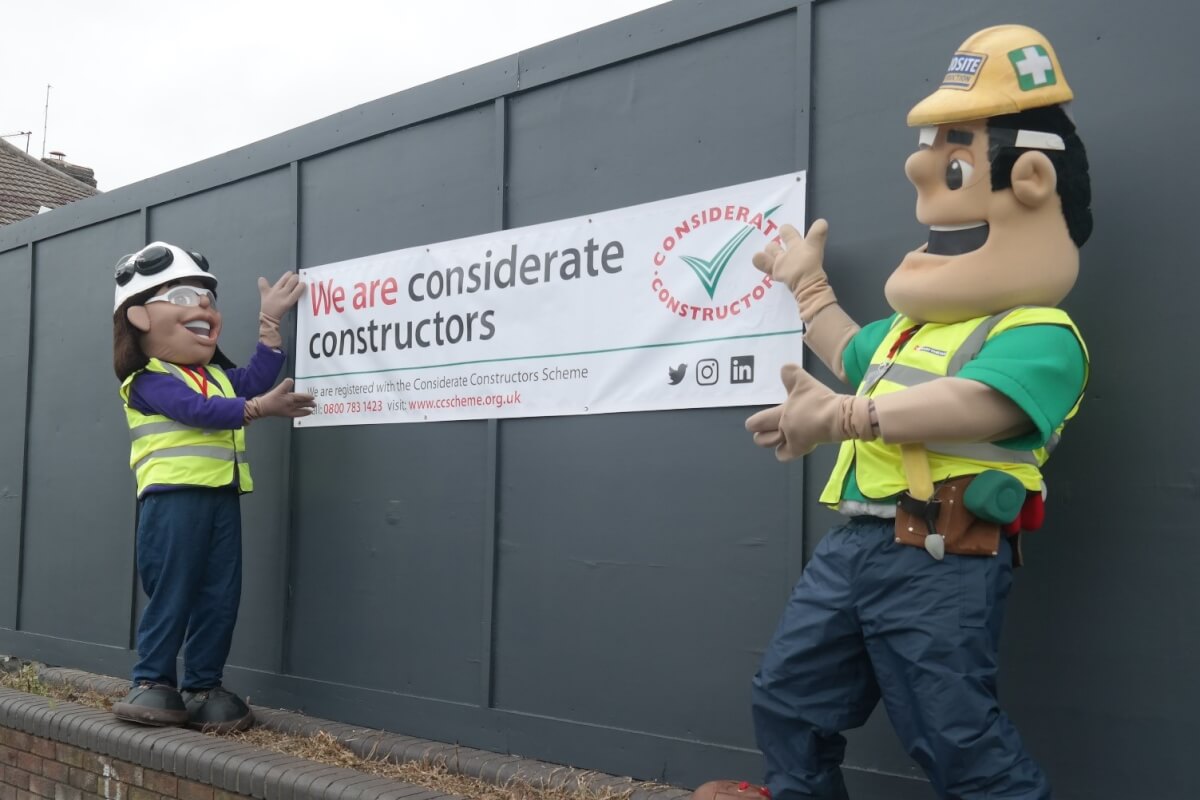 Ivor and Honor agreed that Matthews really are considerate constructors 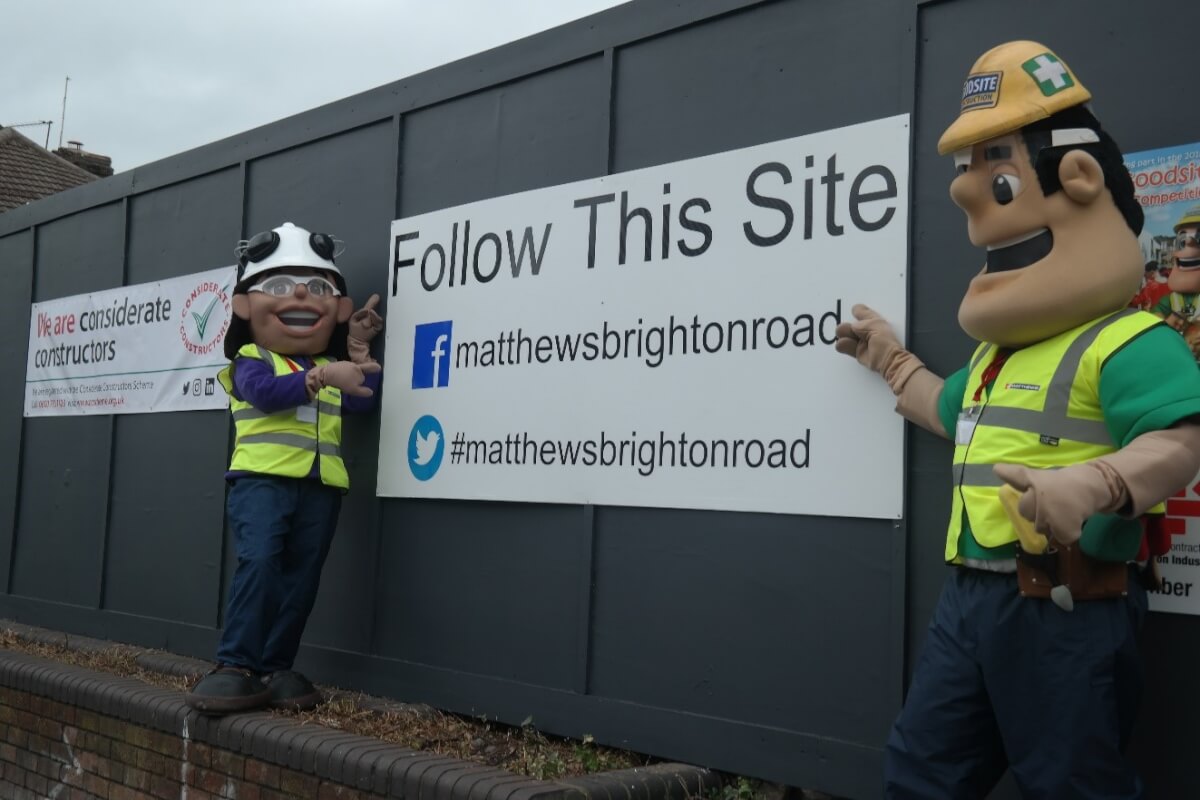 You can check on this site using lots of different ways.