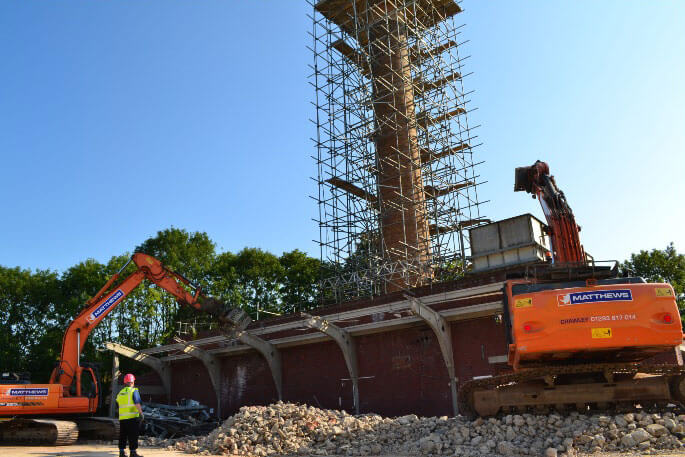 The site was located in an extremely sensitive area and bordered densely populated residential areas on 3 sides with the fourth side bordering a major railway line.

This presented a challenge as to how best to safely demolish the 35mtr chimney.

This was accomplished by the erection of a working scaffold, followed by the progressive deconstruction of the chimney by hand. The chimney and scaffolding tower were in the ‘Failure Radii’ of the adjacent operational railway lines and therefore works approval needed to be sought from Network Rail before commencement. Following a number of meetings with Network Rail representatives a safe plan of works was created. Due to the sensitivities of the Network Rail land no deviation could be made to how the works were undertaken. 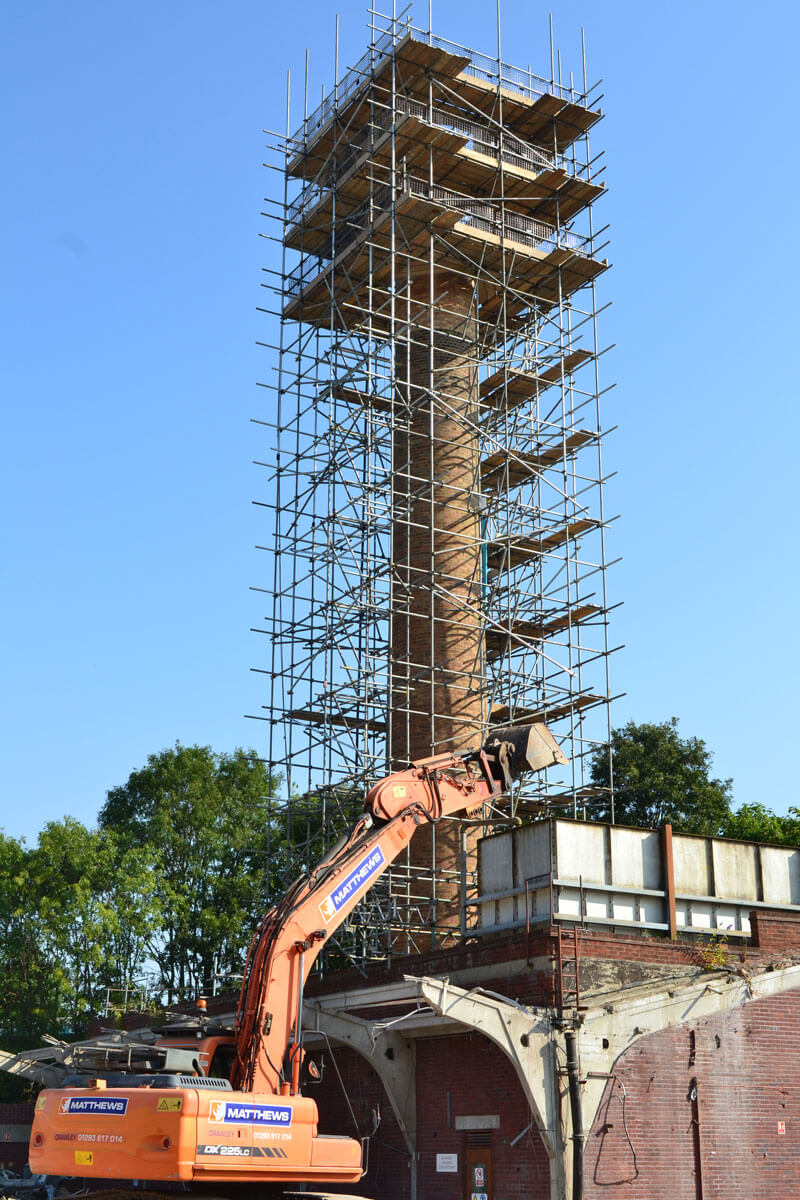 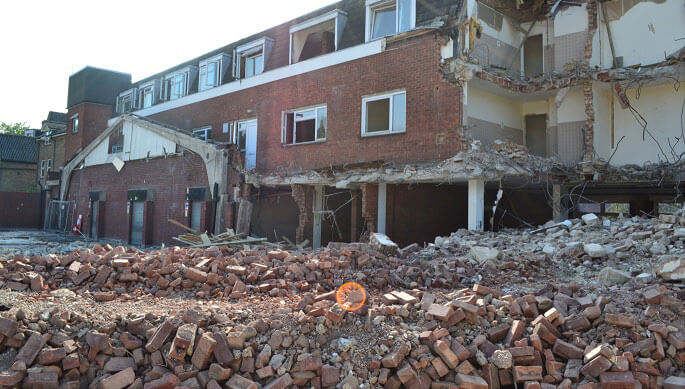