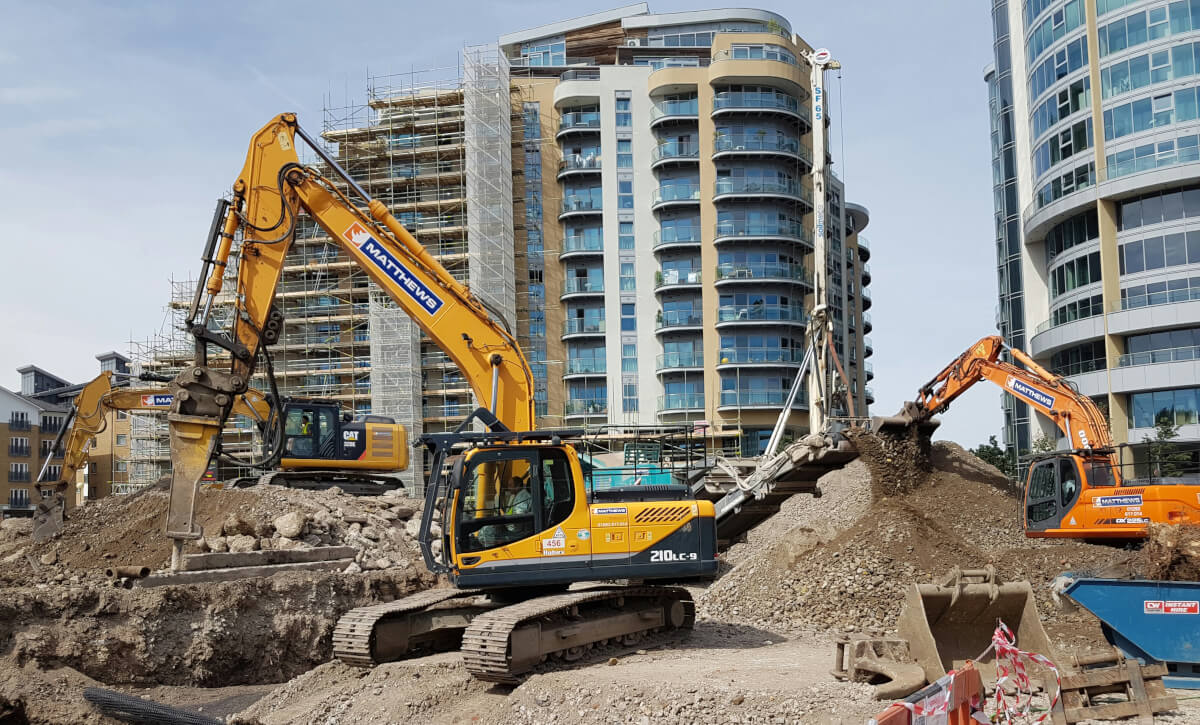 This project involved the demolition and site clearance of the 5,000m2 former Volkswagen Showroom and garages, bulk excavation and remediation.

The former Volkswagen showroom and associated garages were located in the heart of Battersea, where major regeneration has been underway for the past decade. The site was located close to the River Thames and next door to a private heliport.

One of the major hurdles MSL faced was that major regeneration of the area has been completed and there are now multiple multi-million pound properties, and residents who did not wish to have the potential noise and dust disturbance. Local residents were supplied with fortnightly newsletters explaining our process and also site contact details as well as MSL Head Office details.

Linden Homes were conscious of the fact that the residents were not happy about having any disruption for such a prolonged period of time. MSL came up with a methodology that took this in to consideration. We used specially commissioned noise dampened shears to cut the building in to manageable pieces prior to be taken off site. Ultra noise dampened breaker attachments were fitted to the excavators to break out the associated slabs and foundations as well as associated hard standings. We implemented a plan of work to minimise disruption to the client, selecting sensitive times of the day, following consultation with local residents, when noisy works would not happen. It was important to our client that we established and maintained a good relationship with residents as our works were relatively short in terms of programme compared to the rebuild.

Scaffold screens and demolition fans were erected where required to make sure that residents and businesses were protected and safe throughout our works.